My arms are sore… my neck is sore… my legs are sore… my brain is sore… BUT MY CAR IS ALIVE! Since I blew my motor it has been a constant grind. Every bit of my spare time has been devoted to my car for the last ~3 weeks. I couldn’t stand to see it sitting there that way, I had to get it back together!

We left off with the motor out of the car. It was a relief to have the hurt motor out of the car, but I wasn’t even halfway there. I have a deadline now, and work is in full swing this season… time to grind! As soon as I could find a day off work I ran over to my friends house to pick up the  new SR. Once I was able to get it back to my shop I was able to really start banging on it. Every day I would get off work, grab a cup of coffee, and go to town (if I didn’t have to go to job #2)! I started with my core support. I had the idea of taking the OEM core support and making it removable. It’s pretty flimsy anyway, and it will make it so much easier to pull/work on the motor. I started off by making up a set of tabs that I could weld up to the core support. I mocked everything up, drilled the core support and got some bolts that seemed up to the job. It came out awesome! Yanking the motor out with it cut was a breeze too! As long as it holds up to the stress of drift, it’s a pretty awesome little mod!

Next I had to switch all of my things from the old motor to the new motor, and get the new motor looking nice! Unfortunately, I was really buried in work so it was tough to find the time to get things done. But, you have to make time! Every spare second I was down in my dungeon working my balls off! At this point my tools were already spread all over the shop, and parts were filling up every available piece of flat space.

I got another crazy idea in my head (probably too much coffee again) and decided to see if I could move the PCV lines around to clean up the intake manifold. A bit of brain power and a couple hoses later and we were looking good!

At this point I was waiting on some parts to arrive, but didn’t have any time to fuck around so I started putting the motor back together and hustled to get it in the car. Removable core support, IS AWESOME! Took 15 minutes from the time we lifted the motor, to the time it was in the subframe. Not bad… 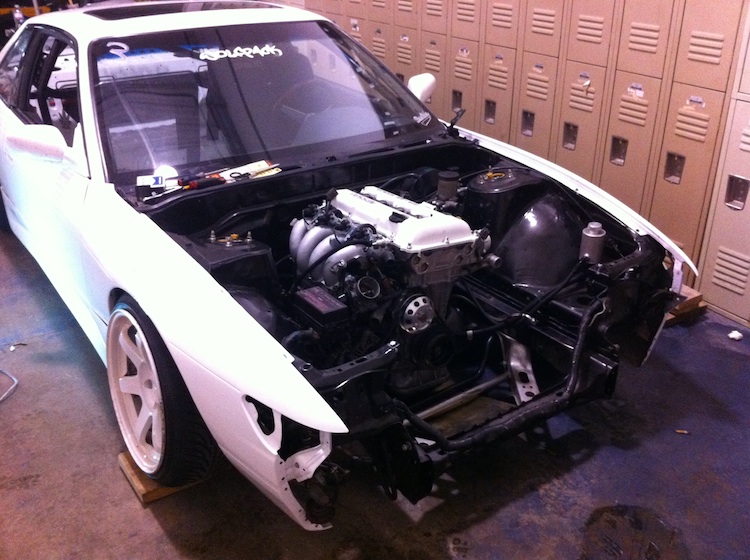 Again, more work… But Saturday I had an open schedule. Time to get shit done. Couldn’t find any help so I had to get creative…

But I managed to get the exhaust and driveshaft in alone, boy did that suck. I need to get my bargain basement lift working! Spent the rest of the day doing small knick-knacks because I was leaving the core support off while I was awaiting parts. Finally, this smashed up box arrived from Austrailia…

What’s in the box? 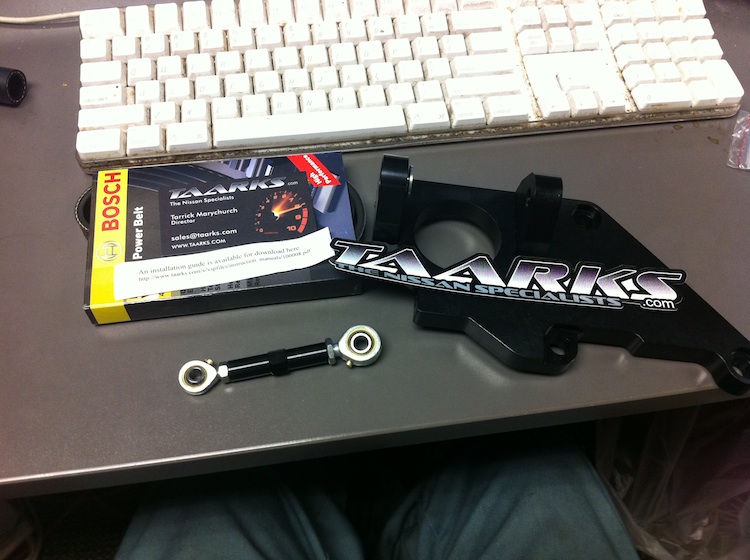 WOO HOO! Thanks Taarks! This thing is going to make people gasp for air! By now most of you are probably thinking ‘what the hell is that and why is he so psyched?’ Well, it is the new Taarks Low-Mount Powersteering bracket. I had visions of welding my own up like Nigel, but this is going to save me a lot of time and more-than-likely headache. Quick slapped it on because I was dying to see how it looked.

Really awesome piece. The bracket is top-notch, comes with every nut and bolt you will need to install it. I would definitely recommend this piece to anyone. Now that we have that installed, let’s get this damn thing back together! 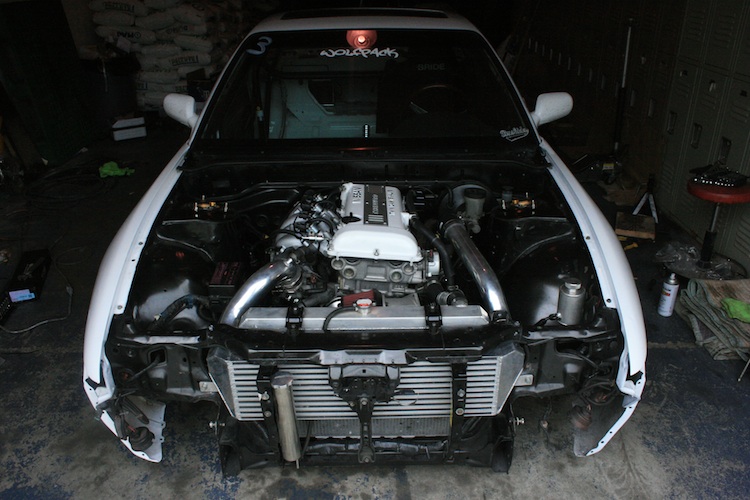 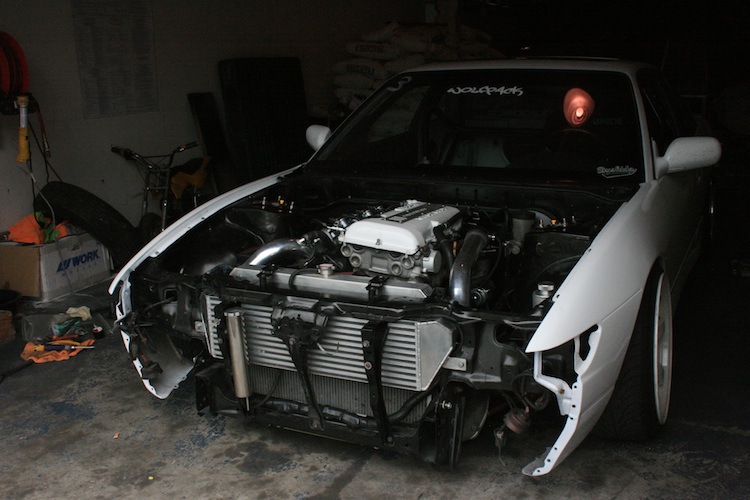 Finally we got everything filled up and she fired right up! YES! Time to hit the street and make sure this thing is going to make a 3 hour trip to WekEast on August 25th!

I would like to take this chance to give a big thanks to my dad. He has been busting his ass as hard as I have since the motor popped. He is the only person in the world who is as connected to this car as I am. He is the only one who understands the feeling when it is broken, or feels the pride when it is running. He was right there with me every chance he got and he is the only one who can say that. If it wasn’t for him this would have been a hell of a lot more difficult process. When I don’t feel like working on the car, he is always there to call me a lazy bum or force me into working on this stupid-ass piece of 90’s shit Nissan. But together, we really get this shit done! WOLFPACK!

See you at WekEast! Hopefully I’ll see some of you out there, don’t be afraid to say hi!